I love this shirt from Threadless: 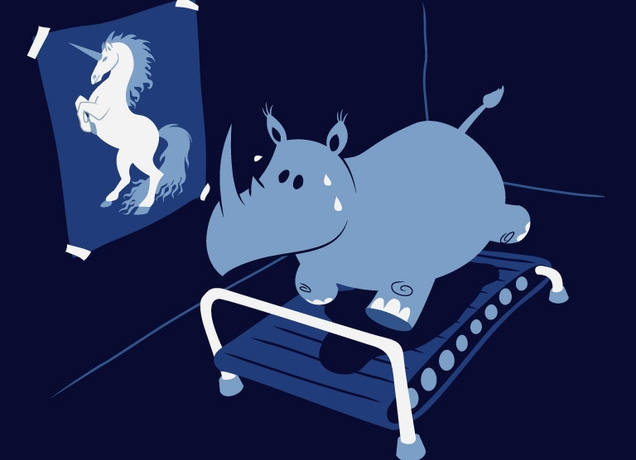 Buy your own here: Runnin’ Rhino

Based on this blog post about it, there seems to be some disagreement about exactly what is going on in this scene.

The authors boyfriend sees a rhino who dreams of one day being as slim as the unicorn, and wants to give him a hug and tell him that “he’s just fine as he is”.

In the comments others are hypothesising about the background…

“… of course, everyone knows that leaves and bark make you fat – bark is probably…carbs.”

Others have a completely different scenario in mind…

“I think the unicorn is the rhino’s web hotty – they met online and he told her he was a unicorn too. Now he’s 3 days away from meeting her at the airport, trying so hard to look good in his rhino skin”

And some people just take it all way too seriously…

“The part that gets me most is that UNICORNS DON’T EVEN FUCKING EXIST! Rhino is being tormented by an ideal that doesn’t even manifest in the real world.”

One thought on “Rhino vs. Unicorn”