I notice the Sunday Start Times today picked up my story about Malcolm Gladwell’s theory (from Outliers) about the birth dates of top sports people and specifically how it relates to the All Blacks:

The theory is that when age-group teams are selected those that are born just after the cut-off date have an advantage as they will be slightly older, and that advantage will then be compounded by the additional coaching and playing opportunities they have over the years, until they actually are better than others born later in the year.

And the data appears to back this up.

Here is a graph of the birth months of the 45 All Blacks from this year: 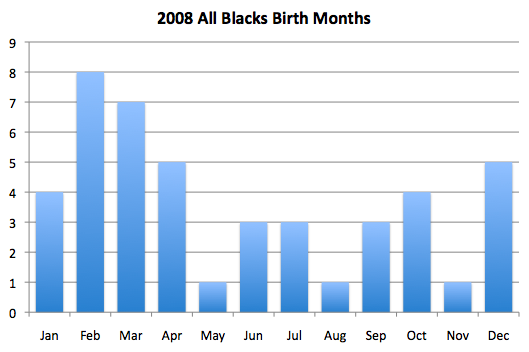 In this squad 55% of the players are born in the first four months of the year, where you would only expect this to be 33% if the dates were evenly distributed.

So, those of you who were born in the second half of the year now have a good explaination for why you never made it, while those of us born in the first half need to find another reason (my excuse: I was over the weight limit for my own age group when I was a kid, so I was playing against older kids anyway).

Looking at this, I was especially interested to see that there are five of the current squad born in December.

As if to prove that there is always an exception to every rule, there is even one player in the current squad born on the 31st of December.

If the theory is to be believed this is the single worst possible day for an aspiring rugby player to be born, as they will be the youngest candidate for every age-group team, constantly having to compete with kids who are older and therefor bigger and more co-ordinated etc.

So, for somebody born at the end of December to make it they must be an exceptional player. 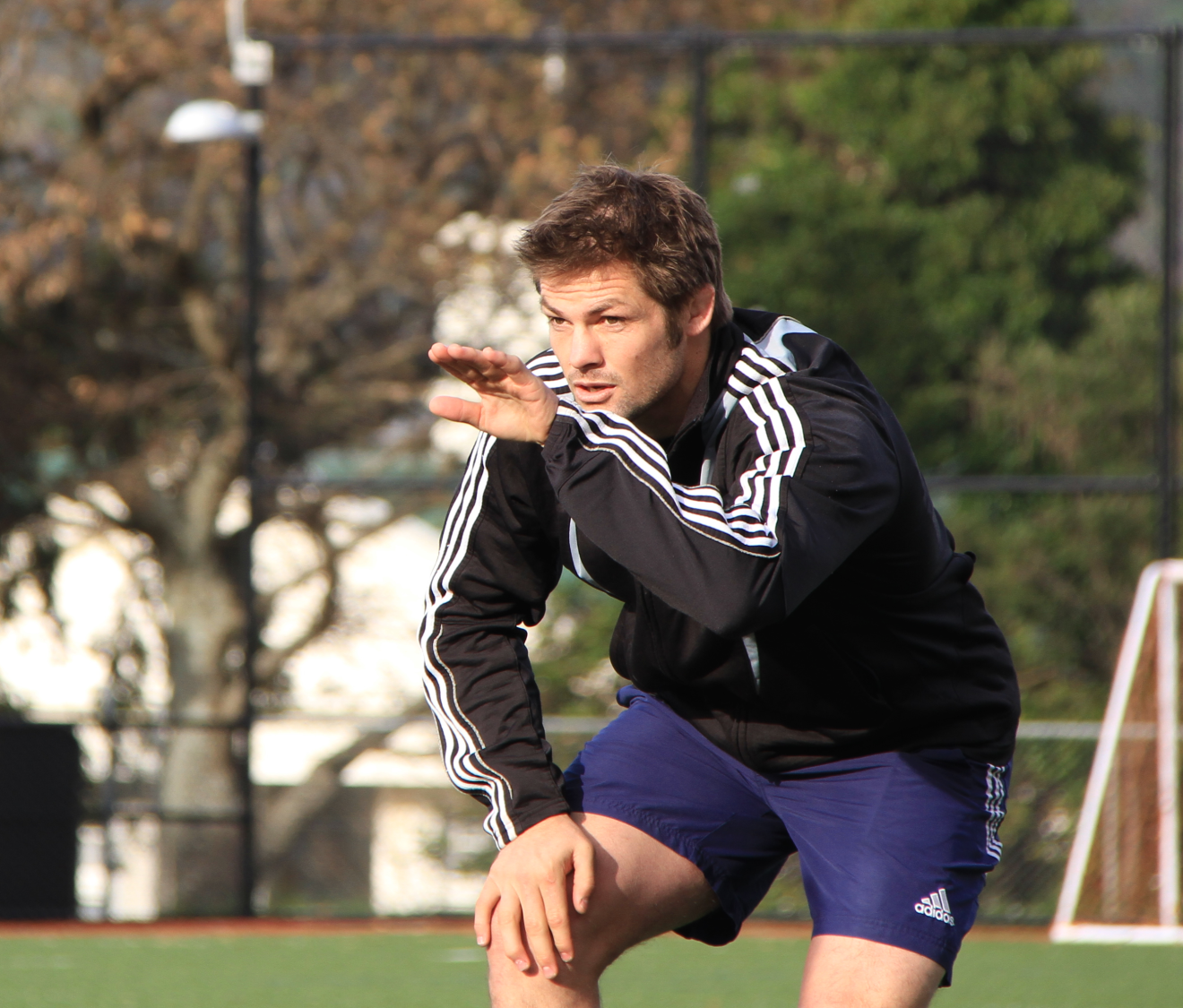