What rugby teams and rowing squads can teach us about building and managing diverse boards and executive teams.

There are some people who still struggle with the idea of consciously trying to build diverse teams in their businesses and organisations. This seems to be especially acute when the team in question is a board of directors or an executive.

They say they prefer to select on merit. They push back against the idea of quotas. They say they are satisfied with a diversity of opinion. They are nervous to upset a system that they believe currently “works” (at least for them).

So let’s try and consider those objections using two examples from the sports world, that might resonate better with these folks… 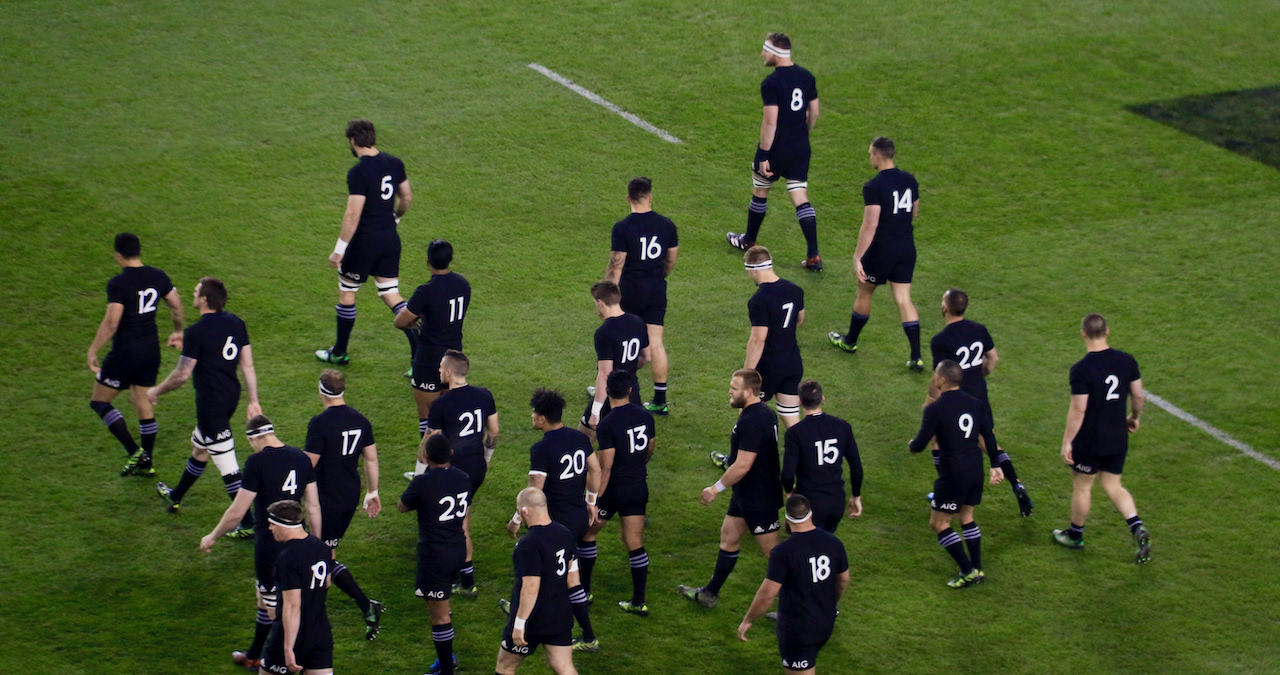 When we think of elite sports teams in New Zealand it’s difficult to go past rugby - both the All Blacks and the Black Ferns have performed at a consistently high level over many years, and continue to set the standard.

And yet, they are also examples of teams picked within the constraints of quotas. Every rugby team contains a strict number of different types of players: two props, one hooker, two locks, three loose forwards, a half back, a first five eight, two midfielders and three outside backs. And, ideally, no dickheads.

One of the great things about rugby is that there is room in the team for nearly every body shape and physiology. They are stereotypes, but for a reason: front row forwards are large and powerful, locks are tall, halfbacks are short and fast, inside backs are the brains of the team, outside backs have great haircuts and the longest queues when it’s time for autographs.

Any selector who ignored those requirements wouldn’t last long in the job. A team of fifteen locks would dominate the restarts and line out but would be destroyed in the scrum and would struggle with goal kicking. A team of fifteen outside backs would never get the opportunity to use their skill running with the ball, because they wouldn’t be able to create the foundation in the forwards.

The best rugby team has the right balance of all of those types of players in proportion. They complement each other. This is why we never think of the three front-row forwards who are selected as taking away opportunities for there to be more outside backs in the team. It’s not about “selecting on merit”, or even a compromise. Those different players are selected for different roles. There are multiple jobs to be done and different people are more suitable for each of those. You ideally don’t want a halfback jumping in the line out or a lock giving the post-match interview.1 The optimal team is a mixture, so there are good options available in each situation the team might encounter. The objective for selectors is to pick the best combination, not just the fifteen best players (however you would define “best” in that case).

And so it should be with a board or executive team.

When a quota is put in place that is just a simple framework for describing the different mix of people that are likely required for an optimal team. Think of it as more specifically describing the roles to be filled rather than limiting the opportunities for any individual.

Likewise, looking specifically for different specialties and perspectives when adding each new person to the team doesn’t mean we’re suddenly not selecting on merit. Rather, it’s considering the wider perspective and range of jobs to be done by the team, and having a preference for those who will expand the lived experience of the group.

If our board or executive team currently contains the equivalent of only forwards or backs then think about how much better we might perform once we select for all positions. 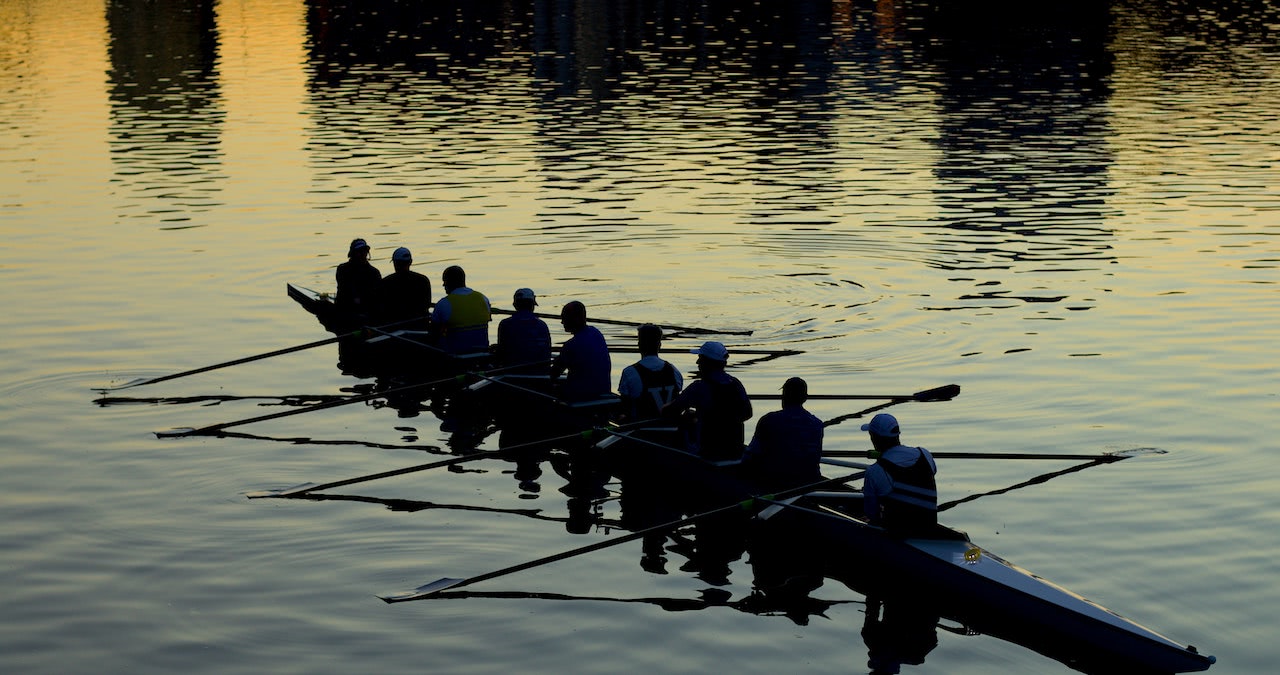 The mental picture you may have is a group of people who are very similar, to the extent that they could be more-or-less interchangeable - all tall, imposing, physically and mentally strong, with big arms, big hearts and an uncommon ability to push through pain thresholds.

(plus one little person with a big mouth and a loud hailer to be the coxswain, but let’s not distract ourselves with them for the moment).

So, what does this teach us about diversity?

The reason why there is so little diversity in a rowing squad is that they are intentionally selected for uniformity. Their job is to go as fast as they can in one direction without interference from competitors. To be successful they need to row as one, in unison, and without introducing imbalance to the boat. If there is one who is much taller or stronger or faster than the others then they are not going to fit in so easily. If there is even one person who is out of sync it will force the others to compensate and upset the performance of the whole team. They win by having people who can all do the same thing.

Firstly diverse teams are much harder to manage. They are not going to have a natural affinity. They are going to disagree, sometimes on fundamental things. They require much more effort from everybody involved to listen and to try and understand perspectives that are not always immediately obvious. Some people in the group will get to answers much earlier than others and will need to put the work in to help others understand their solution - or they may need to pause and take time to understand why others disagree with their approach. There will be friction. They will likely be slower than a group that is homogeneous.

Secondly, diverse teams are also harder to build. Of course, diversity goes well beyond gender. There are many dimensions to consider: locality/nationality, race, ethnicity, sexual orientation, age, professional experience (companies are finally starting to report gender balance, but I’d love to see stats on the number of engineers or sales people on public company boards vs. those who come from a legal or accounting background, for example). Putting together a diverse and inclusive team is much more work, especially if you’re inheriting an existing team.

We can avoid all of these problems with a team who all work and think just like us, like a rowing squad. But at what cost?

And in the process of going deeper in constructing a diverse team we are forced to consider what dimensions are most important to our business or organisation. A good place to start is asking what it would take for our board or executive to better represent the customers or other stakeholders we’re hoping to serve.

So, those who worry that a diverse team is going to break the system that currently works might be right. But sometimes we have to step back in order to escape a local maximum.2 The return from the extra effort you have to put into build and run a diverse team is the improvement in the quality of decisions that the group makes together. And results show that these easily offset the extra effort we need to put in up-front to build and manage that group.

Next time you hear somebody complaining about quotas, or bemoaning the work involved in building and managing a diverse team, remind them: to win we need people that work together like rugby teams not rowing squads.