Occasionally it’s fun to try and draw a narrative arc through the various investments I’ve made or products I’ve been involved in building. It would seem nice to be able to talk to the theme or thesis that explains them.

But, it’s mostly futile. Actually the vast majority, including the successes you’ve all heard about and the less successful ones I don’t talk about so much, have been opportunistic – a function of being in a particular place at a particular time with something particular to offer which is attractive for whatever particular reason.

Early last year I got an email from Ryan and Andrew.

They were the guys behind BookIt, which in 2010 was acquired by Trade Me.  They were starting to wind down their involvement there and talk to a few people about the next thing they were working on: Timely.

Unlike so many others that contact me, they were already heads down and doing the hard yards. They weren’t wasting time chasing investment too soon. They were very focussed on making a great product and getting some early customers on-board.

A year later I got another call.

They had nailed their plans for the first year and were looking further ahead. They already didn’t need money.

If you really want to catch the attention of potential investors then not needing them is a good strategy. I’ve said it before, smart investors look for scrappy execution. And, scrappy execution is just like the famous quote about pornography – it’s hard to define but you know it when you see it.

They had a decision to make about continuing on the organic growth path they were on, or trying to accelerate.

We put together a simple cash flow model, so we could play with some assumptions – what if they hired more people sooner?; what is the potential for improving the key metrics: revenue per customer, conversion rates, funnel growth, etc?; how much extra capital is needed to fund a more aggressive growth path?

Unusually they were also willing to put a rational valuation on what they had built to this point, which gave me an opportunity to get involved. We agreed the details over the course of a few Skype calls while I was in Singapore. 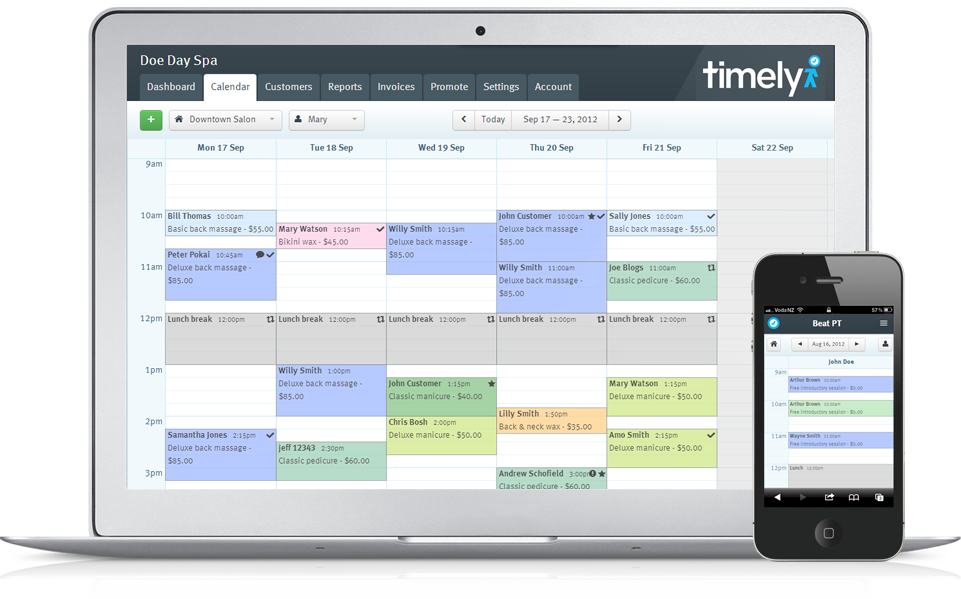 They already have hundreds of customers using the software. They are exporting bits to paying customers in 14 countries already. And those numbers are growing quickly.

The idea itself is not especially novel. No MBAs or PhDs were harmed in the making. No staff in white coats are required. No patents will be filed. I couldn’t be happier.

But Timely does have one very exciting thing going for it: providing huge value to the customers who use it at a very attractive price. As I said in my tweet, If you take appointments in your business and still use an ugly old ’80s system to manage it all, it’s time to switch.

In my experience it’s much more rewarding to work on something that is actually used and loved than something which is technically complex or innovative, although as a new system it obviously has the advantage of being built using latest web technologies and that’s also not to underestimate the development challenges in building and scaling a system to support thousands of customers around the world or the design and usability challenges of creating something which is functionally rich but still slap-you-in-the-face obvious and intuitive to use, or the business development challenge of getting customers on board in a competitive space as the platform is still being built around you. Are you up for it?

It’s always slightly humorous to see people congratulated for raising capital. It’s like clapping the pilot of a plane for successfully refuelling before take-off. As Andrew and Ryan are the first to admit, the thing that will make this successful is how they execute from here and whether they can overcome their relative obscurity. I hope to help them with that as much as I can.

They’re looking for others to work with them on this next phase, and there are some big chunky roles to fill. Opportunities to get involved at an early stage don’t come along too often. If you’ve been looking for this sort of chance, don’t miss it.

I’m very excited they’ve agreed to have me along for the ride.