The Tyranny of Distance

New Zealand is often condescendingly described as a small island a long way from anywhere. Is it, though?

You’re not stuck in traffic. You are traffic.

I live on the outskirts of a small town. It’s out of the way.

Occasionally, in a moment of weakness, I listen to the traffic report on the news. I always wonder what those people who are stuck in congestion in the bigger cities like Auckland or Wellington imagine life is like elsewhere. For example, where I live. Can they imagine it?

New Zealand is often condescendingly described as a small island a long way from anywhere.

When you overlay them against other more recognisable land masses, Te Ika-a-Māui and Te Waipounamu are revealed to be much larger than most of us realise.1 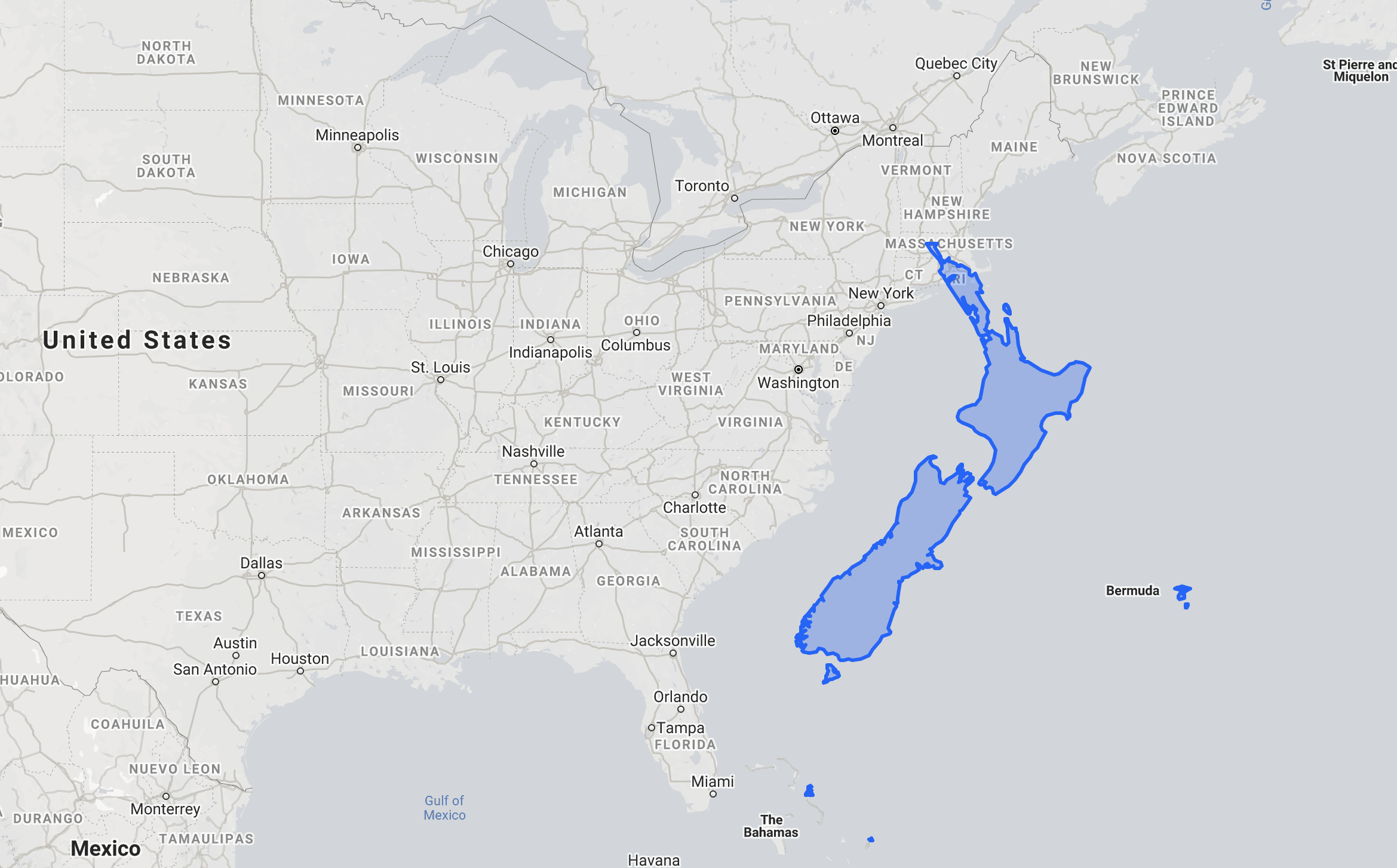 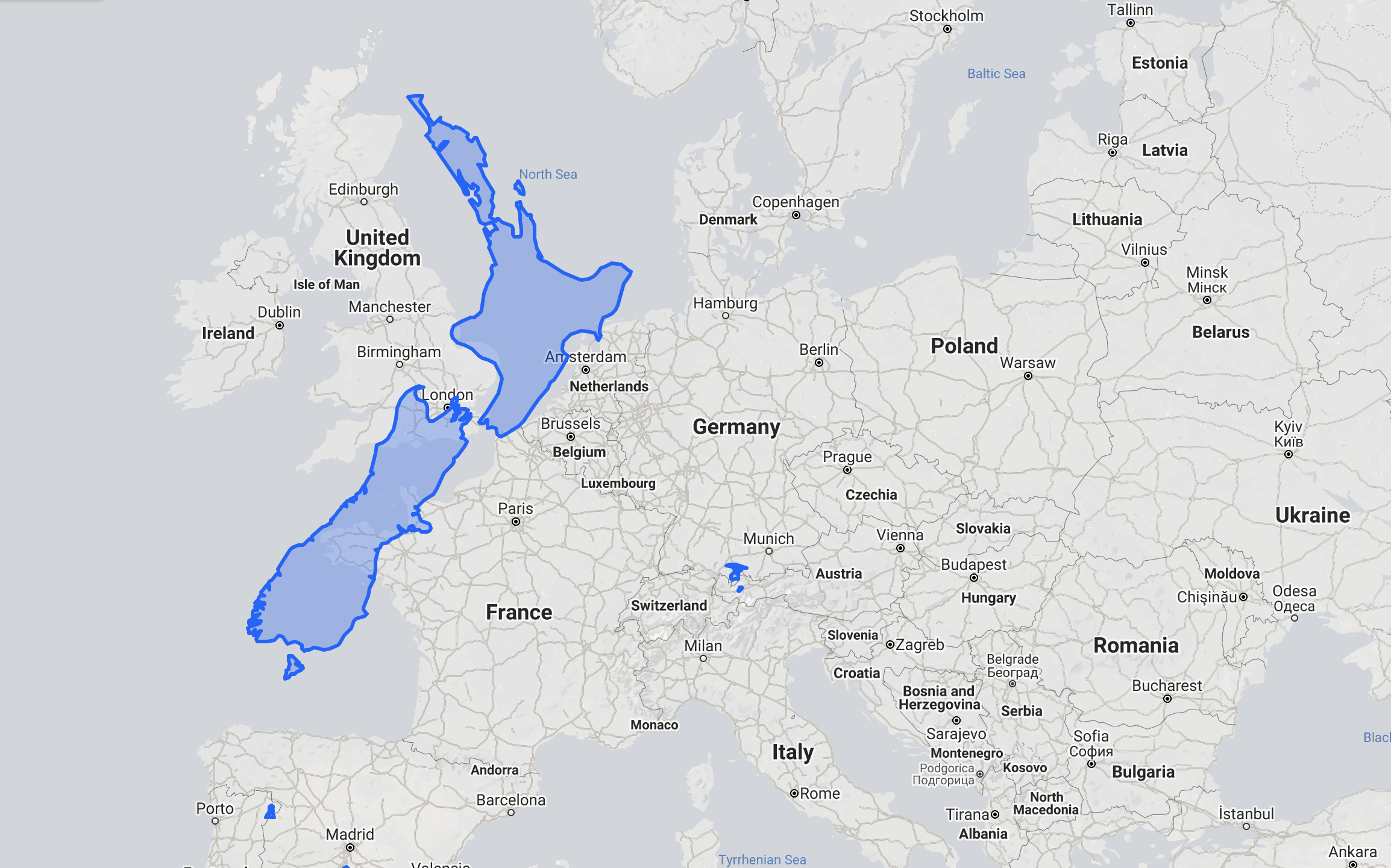 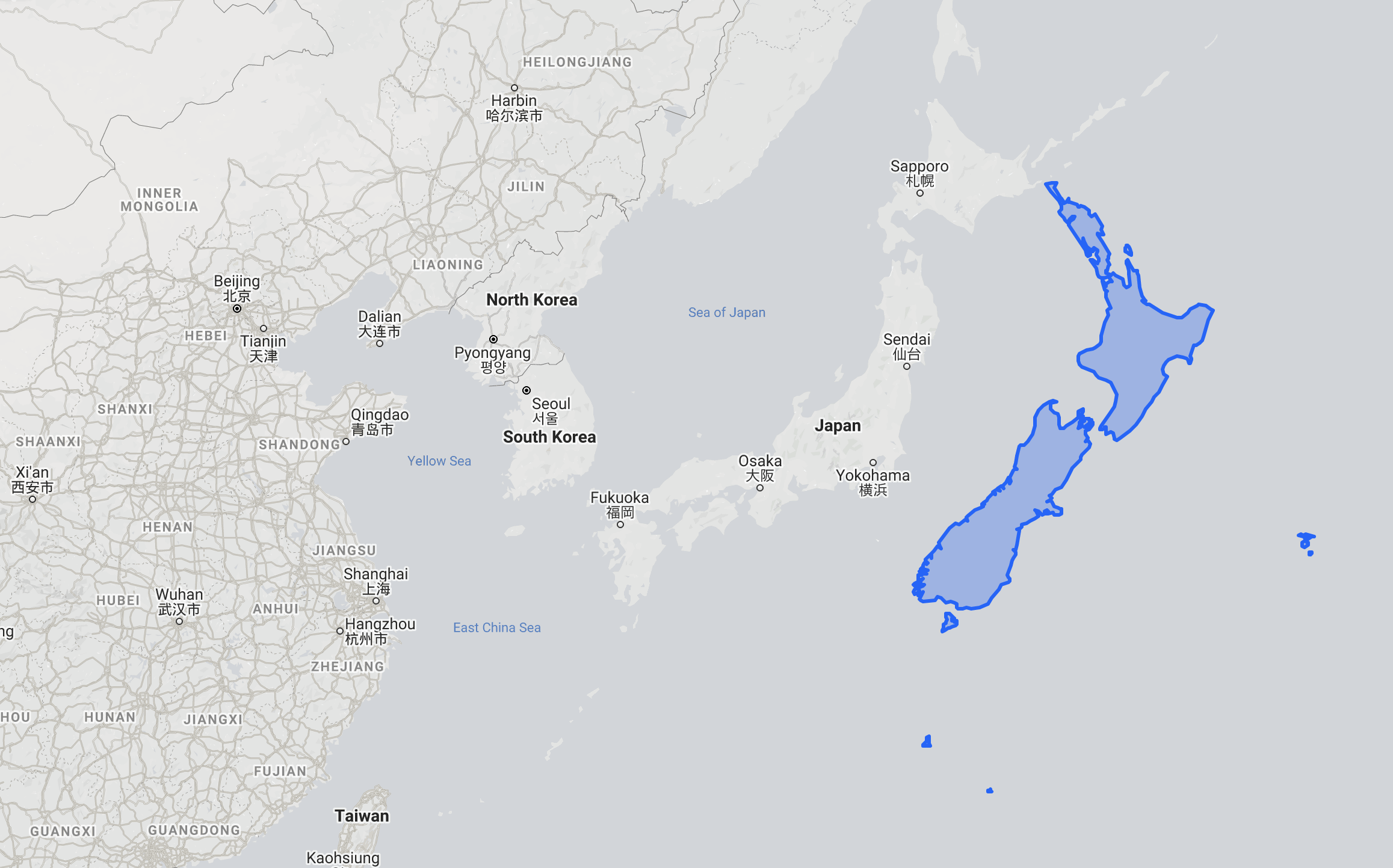 So, we’re not small at all, just very lightly populated, at least compared to all of those examples.

What do all of those people living elsewhere imagine life is like here? I reckon they are a lot like Aucklanders stuck on the Southern Motorway in the morning rush hour.

We’re not a long way from anywhere, in the middle of nowhere, unless you believe right here isn’t somewhere.

I wish we would lean into this. Rather than resigning ourselves to the “tyranny of distance” (why should it stop me?!) how could we re-frame this to highlight the advantages? 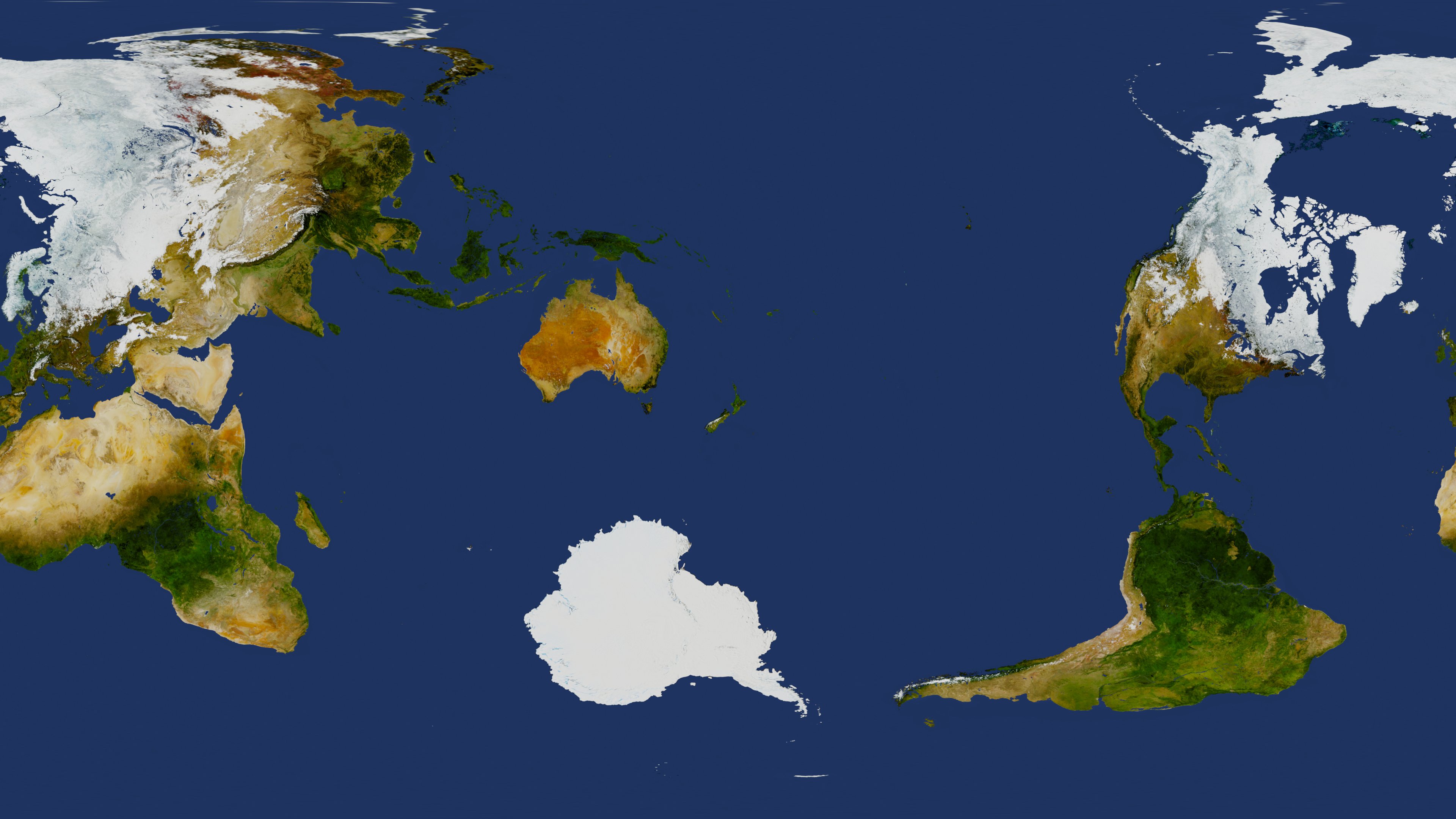 Source: Epic Maps, “New Zealand as the center of the world”

Here is one idea…

Our tiny population means that the normal theory of six degrees of separation breaks down completely. In the “team of five million” the number of connections you need to traverse in order to get in contact with anybody is typically much smaller - maybe two or three at most.

Metcalfe’s Law (“the value of a network is proportional to the square of the number of people connected to the network”) would suggest this is really valuable.

It makes us more open and accessible, less likely to be locked away in our own gated communities or stuck out of sight in a negative situation we are unable to escape. Those who might be inclined to hide can’t do that for long, and those that need help are not so easily ignored.

It makes us less reliant on the social cues that are vital elsewhere - like where you went to school or what job you have - because you can just ask others who know and quickly find out what somebody is really like.

And, it encourages good behaviour. Anybody who is a dickhead can reasonably expect to get exposed pretty quickly.

It is reflected back to us in statistics like the low levels of corruption and high levels of trust in our democratic system. It contributes to the ease of doing business.

Of course, those things are not universally true. We should all be motivated to try and preserve and extend them to everybody, because it’s one of the things that makes us unique.

From the biggest the most is expected, right?

How do we build on Paul Callaghan’s vision for New Zealand, and update it for our current reality?

How do we break luck down into its component parts, so we can create luck for ourselves and for others…