DJ: How tremendous is Fatboy Slim?
Brad: The band of the 90’s, if you want to call it a band because it’s a one man name.

It’s easy to get seduced by the idea that in order to be successful you have to be big.

Maybe that was true in the past, but it’s not necessarily true now. And it makes it much harder to tell from the outside who is winning.

One of the exciting ventures I’m involved with at the moment is Vend. The team photos from the last few years shows that the team is growing quickly: 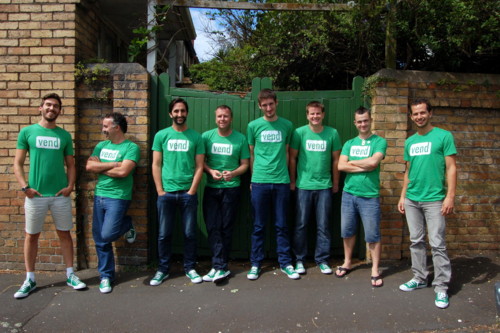 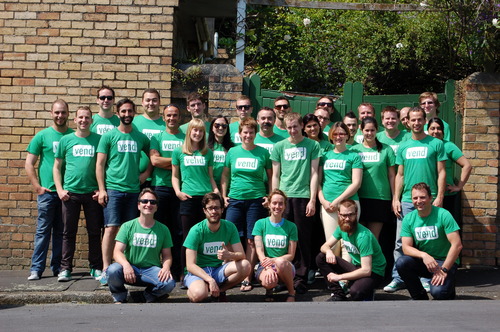 When we re-created the photo from 2011 with the much larger team in 2012, in the same location and same t-shirts, the comments on Twitter were interesting. Many of those sending their congratulations seemed to assume that big team = big success. Actually, the formula for companies in this situation in the short-term is more like big team = big payroll. The success comes later. Sometimes.

Luckily at Vend our underlying business has grown at an even faster rate than our headcount. Or, maybe it’s not luck?

It’s great to see that as the group gets bigger so does the potential to do something really impressive. Here is the 2013 team photo, taken last week, complete with colleagues who have joined us from the new offices in Melbourne, Toronto and San Francisco. 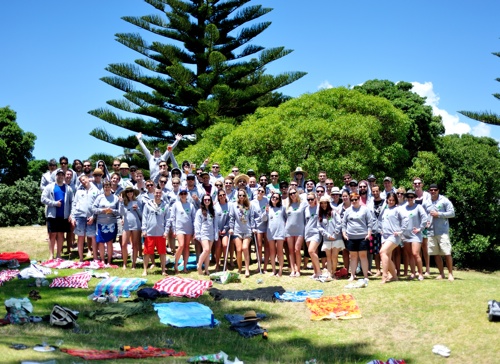 Earlier this year Hawkes Bay based Majic Jungle Software launched an awesome iPhone/iPad game called The Blockheads. We were honoured to be part of the group helping to beta test it prior to launch, and it was great to see it develop over that time into a delightful and engaging game. It was no huge surprise to see it go on to top the iTunes downloads charts and create the third big success from this developer.1

Blockheads is an impressive new iPhone/iPad game from @majicDave, complete with donkeys and amethyst crystals. https://t.co/mseZox3P

Again, it was interesting to see some of the reactions on Twitter:

Congratulations @majicDave and team. Shipping day for The Blockheads https://t.co/TfKJYGH6

As it turns out the “team” in this case is just Dave Frampton.2

Maybe rather than celebrating raw number of people employed by our companies we should use the revenue per employee measure that Paul Callaghan used to talk about in his “Beyond the Farm and Theme Park” presentation:

I was fortunate to see Paul give that presentation in person a couple of times, and one of the numbers that really sticks with me is that there are only about 1.3m FTE jobs in NZ. The challenge we collectively have is to make as much from each of them as we can. Everybody from big companies through to individuals working by themselves both have a role to play.

It’s easy to complicate business, but actually the rules are very simple: in the long run you win by making stuff which is so great that people will pay you more for it than it costs you.

There are lots of different ways that you can organise yourself to achieve that outcome.