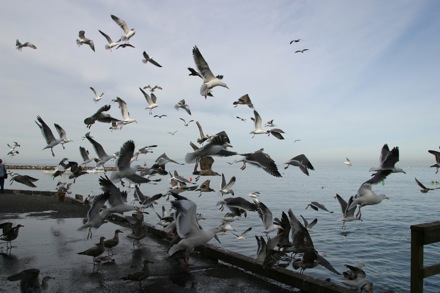 This series from Bokardo is excellent:

I especially like #10 from Part III: Failure to see the larger war…

Techcrunch is not word-of-mouth. Getting Techcrunched or Slashdotted or getting Dugg…is like being involved in a drive-by shooting. I’ve also heard it described as getting seagulled…they swoop in for the attack and are gone in a second.

Rather than chasing that sort of fleeting glory, he recommends instead building an audience that really cares one user at a time.

You should read the whole thing.  It’s full of advice that is much better than anything you’ll find here.